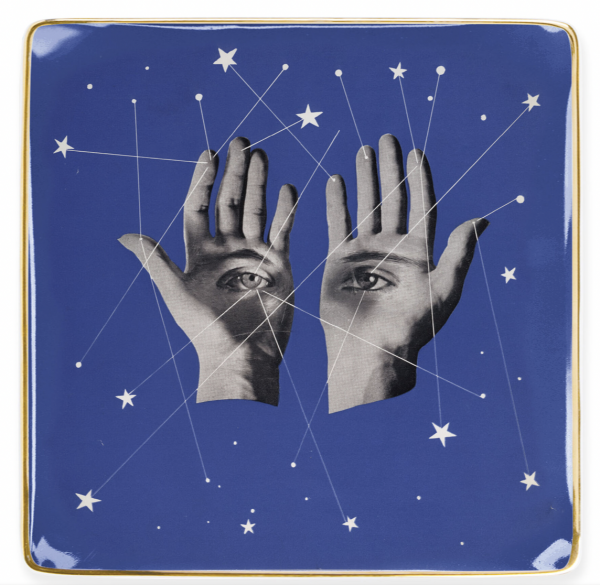 Amusing for All Ages, Fundamentally Ornamental

This Herbert Bayer 5″ x 5″ Porcelain Tray features Bayer’s work, “Things to Come.” It is the perfect spot to leave keys, jewelry, and other trinkets. Both fanciful and useful, this decorative tray is a distinctive accent and conversation-starter for your home.

Herbert Bayer was an artistic polymath and one of the Bauhaus’s most influential students, teachers and advocates. Originally starting his studies as an architect he attended the Bauhaus and studied mural painting with Vasily Kandinsky and developed the Universal alphabet which would become the signature font of the Bauhaus. He would later return to the Bauhaus as a teacher in 1925. In 1928 he took up photography and graphic design when we moved to Berlin and became art director of Vogue magazine’s Berlin office. In 1938, escaping the war in Europe, Bayer would emigrate to the US with an invitation from Alfred H. Barr, Jr., founding director of MoMA where he would aid in the installation of the exhibition Bauhaus: 1919-28 (1938). Bayer remained in the US for the remainder of his life working as a graphic designer.

Whistle is open by appointment only on Mondays.

Any cookies that may not be particularly necessary for the website to function and is used specifically to collect user personal data via analytics, ads, other embedded contents are termed as non-necessary cookies. It is mandatory to procure user consent prior to running these cookies on your website.