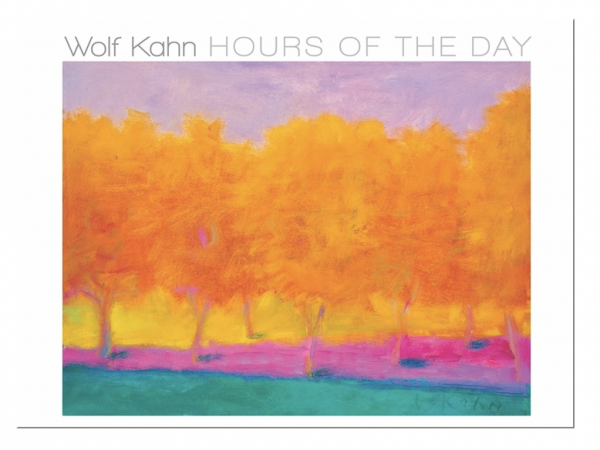 Wolf Kahn (American, b. Germany, 1927) used landscape painting as a base from which to explore startling, improbable, yet harmonious interactions of vivid hues, which often evoke subtle sensory pleasures—the cool shade and scent of the forest understory, the sunlit glow of a florid meadow, the rustling of autumn leaves underfoot, the tranquility of an abandoned woodlot. Mr. Kahn, divided his time between Brattleboro, VT & New York City and was referred to as being “to southern Vermont what Winslow Homer is to the coast of Maine, Georgia O’Keeffe to the New Mexico high desert and Claude Monet to the French countryside” ~ Danny Lichtenfeld, Director, Brattleboro Museum and Art Center.

Contains five each of the following notecards:

Be the first to review “Wolf Kahn : “Hours Of The Day” – Boxed Notecards” Cancel reply

Whistle is open by appointment only on Mondays.

Any cookies that may not be particularly necessary for the website to function and is used specifically to collect user personal data via analytics, ads, other embedded contents are termed as non-necessary cookies. It is mandatory to procure user consent prior to running these cookies on your website.